Negative macro sentiment will continue to put downward pressure on aluminium, with a worsening demand outlook being balanced against tight physical supply, says ING in its outlook of the sector 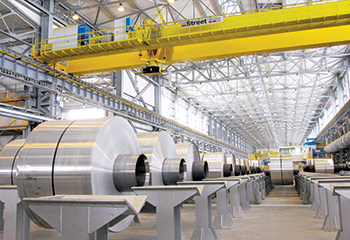 Despite the recent weakness in energy prices, capacity may not come online in the short term

Aluminium prices have been highly volatile in 2022 due to the Russia-Ukraine war, logistical issues, increasing recessionary fears and the Covid-19 pandemic.

LME prices reached a peak of $3,849 tonnes in March but have now declined more than 40 per cent from their post-invasion peaks.

Soaring energy costs following Russia’s invasion of Ukraine have squeezed producers’ margins, with energy-intensive metals having been particularly affected. Aluminium, the most energy-intensive base metal to produce, requires about 40 times more energy to make than copper.

As of mid-October, Europe and the US combined have cut around 1.7 million tonnes (Mt) of capacity – 25 per cent of European output and 2.1 per cent of the global total – from the second half of 2021.

Despite the recent weakness in energy prices, we do not expect capacity to come back online in the short term with Europe heading into the winter months and the war with Russia raging on. Further smelter closures and curtailments in production are highly likely given the uncertainty over energy prices through next year. Any announcement of further closures could see aluminium prices spike but any potential rallies are likely to be unsustainable. We don’t anticipate European smelters restarting before 2024.

Total worldwide production on an annualised basis came in at 68.9 Mt, according to the IAI. For Chinese production, the IAI estimated the annualised October output at 40.9 Mt.

China’s aluminium smelters are facing constraints, too. In the drought-hit hydro province of Yunnan, which accounts for 11 per cent of China’s aluminium output, aluminium smelters have been required by the government to reduce their operating rates from mid-September. The smelters in Yunnan have cut around 20 per cent of operating capacity, around 1.1 M t/y. It is unlikely that any idled capacity will resume by the end of this year due to current energy issues, with restarts forecast for 2Q 2023 once hydro-reservoir levels have stabilised.

This was the second consecutive year that Yunnan cut primary aluminium production. In 2021, smelters in Yunnan experienced three rounds of major curtailments amid power supply shortages, with cuts accounting to 1.74 M t/y of aluminium smelting capacity on an annualised base.

The output reductions in Yunnan came after Sichuan smelters cut 920,000 tonnes of capacity in August, accounting for 2 per cent of China’s total. Most smelters in Sichuan have now restarted the idled capacity.

More recently, some smelters in Henan province were planning to cut around 10 per cent of their capacity due to a combination of winter season-related cuts and operational losses, which could account for an additional 50,000-100,000 t/y.

Still, China’s aluminium output has held up despite the energy crunch. For the first 10 months of the year, China produced 33.33 Mt, up 3.3 per cent from the corresponding period in 2021, data from the National Bureau of Statistics showed.

In the longer term, as China continues to decarbonise its aluminium industry and increases its share of power generated by green energy, and as capacity shifts from coal power-dominated Shandong province to hydro power-dominated Yunnan, the industry is vulnerable to further disruptions with green energy heavily relying on seasonality and general weather conditions.

Industrial metals prices have been battered by fears of weakening global demand, as well as a stronger dollar. Growing recession risks in the US and Europe and an uncertain recovery in China will likely continue to pose downside risks to the demand outlook.

In its latest World Economic Outlook, the International Monetary Fund cut its forecast for global growth next year to 2.7 per cent from 2.9 per cent seen in July and 3.8 per cent in January, adding that it sees a 25 per cent probability that growth will slow to less than 2 per cent.

About one-third of the global economy risks contracting next year, with the US, the EU and China all continuing to stall. Excluding the unprecedented slowdown of 2020 because of the coronavirus pandemic, next year’s performance would be the weakest since 2009, in the wake of the global financial crisis.

Aluminium consumption has been hit by the bleak global growth outlook, with primary aluminium demand in the world excluding China expected to grow 0.4 per cent YoY in 2022, according to CRU. No dramatic recovery is expected in 2023, as many economies will battle with recession, with demand expected to grow by just 1.8 per cent YoY in 2023 at 28.9 Mt, according to CRU. European demand has been hit the most in 2022 and is expected to be the major reason for weak growth in 2023.

In China, demand has stalled in 2022 amid zero-Covid policies and lockdowns, with CRU expecting demand to grow just 0.1 per cent YoY in 2022, at 40Mt, while the recovery in 2023 is expected to be sluggish given a slowdown in the construction sector.

One potential source of price volatility would be sanctions on the Russian material either by the US or the EU. Metals have been mostly spared in the rounds of sanctions imposed on Russia that followed its invasion of Ukraine on 24 February, but it has been reported that the US is considering an effective ban on Russian imports of the metal. The Biden administration is reportedly weighing three potential measures: a complete ban on Russian aluminium, increasing tariffs to levels that would effectively act as a ban and sanctioning the company that produces Russian aluminium, Rusal.

The only government to take direct action against Russia’s aluminium sector so far has been Australia, when in March it banned the export of bauxite and alumina into the country, effectively freezing Rusal’s off-take flow from the Queensland Alumina joint venture. In Russia’s other top raw material supplier, Ukraine, the war has closed Rusal’s Nikolaev refinery. The alumina gap has been filled by Chinese producers, which have been increasing their exports to Russia.

However, if the US decides to sanction Rusal, the impact could be severe, bearing in mind the market’s reaction to the sanctions in 2018 when the LME prices jumped to $2,718/t, at the time the highest since 2011 before gradually falling in the following weeks and months. Sanctions were then lifted in January 2019.

If the US decides to go ahead, the move could freeze the Russian producer out of Western markets, depending on the severity of sanctions, which would boost global prices for the metal and distort global aluminium trade flows.

Meanwhile, at least for now, the aluminium market has a bit more clarity following the LME’s decision to take no action on the delivery of Russian metals into LME warehouses, as a significant portion of the market was still planning to buy it next year.

The LME was looking at potentially banning the delivery of Russian metal into its warehouses, limiting Russian flows or taking no action.

Instead, the exchange said it will publish regular reports from January 2023 detailing the percentage of Russian metal stored under warrant in LME warehouses to provide more transparency. In a response to the LME’s proposal, Rusal has called for the exchange to start disclosing the origin of all metal stocks on warrant rather than singling out Russia as proposed. Alcoa was also supportive of the idea of providing more details about the origin of the material in LME warehouses.

If we continue to see an increasing amount of self-sanctioning of Russian metals, the risk is that we see more Russian metal being delivered into LME warehouses, which could potentially mean that LME prices trade at discounted levels to actual traded prices. However, the LME believes we would have seen higher inflows of metals into warehouses regardless, given the depressed global outlook.

While the LME accepts that LME prices may start to increasingly reflect the price of Russian metal if we see large inflows into LME warehouses, they believe that premia will play an important role, with this likely reflecting a larger proportion of the all-in cost, so that non-Russian metal producers continue to receive fair value for their metal.

Russia accounts for about 6 per cent of global aluminium output estimated at 70 million tonnes this year. Russian aluminium has accounted for as much as three quarters of LME stockpiles over the past decade, according to the exchange.

At the same time, the flow of Russian metal into Western markets was strong in the first half of the year. European average monthly imports were up by 13 per cent year-on-year in March through June, while the US increased its Russian imports by 21 per cent in the same period.

Most Rusal customers have been accepting deliveries under existing contracts, however, that is likely to change next year. Self-sanctioning is likely to disrupt trade flows with the possibility of Russian metal flowing to the market of last resort – the LME. Novelis, a division of Hindalco Industries and Norsk Hydro’s extrusions unit have already said they will not enter into new Russian purchase contracts for 2023.

Rusal has recently said that its sales picked up after the LME’s decision, exceeding 76 per cent of its primary aluminium production and value-added production for 2023.

Looking ahead to 1Q 2023, the risk for aluminium prices will be mainly to the downside, with the prolonged war in Ukraine, rising energy prices, low gas availability, high inflation and weakening downstream demand all adding to the bearish outlook for the lightweight metal.

The aluminium market will significantly reduce its global deficit in 2022 and move into surplus in 2023, according to CRU, with an estimated market deficit of 300kt in 2022, down from 1.6Mt in 2021. Given the production cuts, CRU is expecting only a modest surplus next year of 300kt tonnes. This is driven by demand destruction in the world ex-China in 2022 and 2023 and a higher rate of production inside China compared to 2021.

The projected surplus in the world ex. China is only 71,000 tonnes. Demand destruction will offset the impact of smelter closures seen in recent months.

In the short-term, the market’s focus will remain on the bigger macro-economic and demand-side problems, with prices expected to fall further to $2,150/t in 1Q 2023.

We believe a recovery in price should start in the second quarter 2023, although any recovery is likely to be slow. 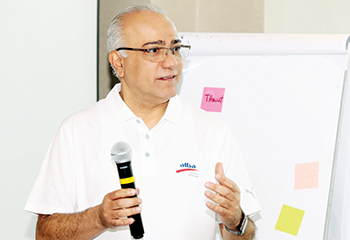 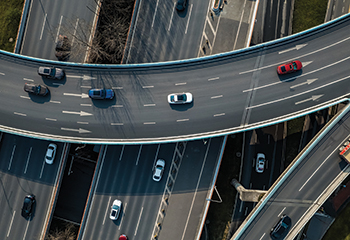