The growth of the non-oil sector in the Sultanate of Oman is expected to reach 3.5 per cent in 2022, compared to 2.5 per cent in the previous year, says a report

Thu, 01 Dec 2022
Share
Manufacturing is one of the prime sectors leading the economic diversification in the Sultanate

Manufacturing sector in the Sultanate of Oman appears is on track as its contribution in the gross domestic product (GDP at current price) amounted to OR2. 334 billion ($6.06 billion) up to October 2022, a media report said.

As one of the prime sectors leading the economic diversification in the Sultanate, manufacturing sector showed a better performance as against other industrial areas. The industrial activities growth amounted to 1.25 per cent while the manufacturing activities grew by 67.4 per cent, a report by ONA said, quoting official data.

The Directorate General of Industry at the Ministry of Commerce, Industry and Investment Promotion supervises on the strategic and operational indicators and conducts periodical industrial surveys.

The regular industrial survey aimed to provide comprehensive and updated database on the industrial establishments in the Sultanate as to generate advance indicators for measurement of the performance of the industrial sector and to acquaint with the investment opportunities and to increase the percentage of the local content of the industry sector.

The contribution of internal commercial activities in the GDP of most economic activities including the service activities increased by 8.8 per cent to OR8.782 billion by end of June 2022 compared to OR8.068 billion during the same period in 2021.

The contribution of the activity of retail and wholesale (at current price) increased by 13.3 per cent  to reach OR1.667 billion by end of June 2022 compared to some OR1.472 billion during the same period in 2021.

The contribution of real estate activity, technical activities and administrative service increased by 2.2  per cent to reach some OR4.995 million by end of June 2022 compared to OR973.7 million during the same period in 2021.

The contribution of service activities amounted to 43 per cent (OR8.782 billion) in the GDP in 2022, the retail and wholesale contribution amounted to 8.1 per cent and the real estate, technological and administrative services contributed by 4.8 per cent.

A new report from the Institute of International Finance (IIF), a US think-tank, has predicted that the non-oil sector in Oman will witness a strong growth in 2022.

The report pointed out that the growth of the non-oil sector in the Sultanate of Oman is expected to reach 3.5 per cent in 2022, compared to 2.5 per cent in the previous year.

The report further explained that the non-oil sector in the Gulf Cooperation Council countries is expected to register a growth of 4.8 per cent in 2022, which is one of the highest growth rates among developing and emerging economies.

The Institute of International Finance said that high oil prices will limit the indirect impact of an increase in interest rates, by the US Federal Reserve, on non-oil economic growth in the Gulf Cooperation Council countries.

Validating the prediction, an Oman official said the contribution of non-oil sectors in Oman is expected to reach 90 per cent of the total GDP by the end of 2040, said Ahmed Al Hajri, Director General of Nizwa Industrial City.

“The economic stimulus plan, approved by the Council of Ministers and endorsed by His Majesty Sultan Haitham bin Tarik, presents incentives to ensure economic growth rates of more than 2.5 per cent,” he said at a seminar entitled ‘Nizwa Industrial City: Reality and Prospects’, organised as part of Madayn’s Oman Manufacturing Group (OMG) series of events for the year 2022.

On her part, Mariya Al Zadjali, Director of Strategic Planning and Corporate Performance Assessment at Madayn, briefed the audience on Madayn Vision 2040, which aims at creating world-class business cities while maintaining the Omani identity to contribute to economic growth.

The vision revolves around promoting comprehensive and sustainable economic and social development through strengthening Public-Private Partnership, developing and operating business cities with integrated services, keeping pace with the variables and adopting best solutions and technologies to meet business requirements while conforming to the environmental standards.

Meanwhile, the United States emerged as Oman’s biggest non-oil export destination this year, ahead of the UAE and Saudi Arabia.

Oman’s non-oil exports to the US surged more than 96 per cent in 2022 amounting to OR540.6 million in the first seven months of the year compared to OR275.3 million for the same period of 2021, official data showed.

The US and Oman have a free trade agreement (FTA) that lowers trade barriers between the two countries. Since taking effect in 2009, the FTA has been benefiting both countries by boosting bilateral trade and investment.

Helped by the post-pandemic recovery and improved demand for Omani products in the US, India and other markets, the sultanate’s total non-oil exports jumped by 54.5 per cent to OR4.41 billion during January – July period of 2022 compared to OR2.855 billion recorded in the same period of 2021, the data released by National Centre for Statistics and Information (NCSI) showed.

The burgeoning demand for Omani exports suggests that the sultanate’s economy is well on a recovery path. Oman’s nominal GDP grew at a solid pace of more than 30 per cent in the first half of this year.

Oman’s non-oil shipments to India more than doubled to OR471 million in the first seven months of this year as compared to OR229.9 million recorded in 2021.

Within the GCC markets, exports to the UAE increased 1.7 per cent to OR477.4 million during the first seven months of 2022 against OR469.4 million in the same period of last year.

The NCSI data suggests that the strong recovery in non-oil exports is broad-based for almost all of Oman’s major trading partners. The strong export performance shows that Omani exporters are making good recovery in attracting overseas orders. The sultanate’s non-oil exports to Qatar grew by 44 per cent to OR190.8 million in the first seven months of this year against OR132.6 million in the same period a year ago.

Omani non-oil exports to rest other countries also jumped by more than 58 per cent during the first seven months of 2022 to OR2.275 billion against OR1.436bn in the same period of 2021.

With increased production capacity of Oman’s downstream industries, exports of plastics, rubber and their items grew more than 57 per cent to hit OR716 million value in the first seven months of 2022 compared to OR455.8 million in the same period of 2021.

Base metals and their articles accounted for OR914.5 million worth of exports during the seven months period this year, an increase of more than 32 per cent compared to OR690 million recorded in the previous year.

Oman’s re-exports, by contrast, declined 13.7 per cent in the first seven months of 2022 at OR725.2 million compared to OR839.9 million recorded in 2021, according to the NCSI data. The decline in re-exports was caused mainly due to reduced transshipments of transport equipments and instruments. 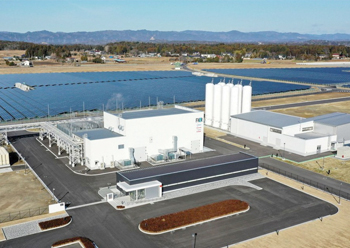