Hapag-Lloyd to launch new shipping service to Jubail next month 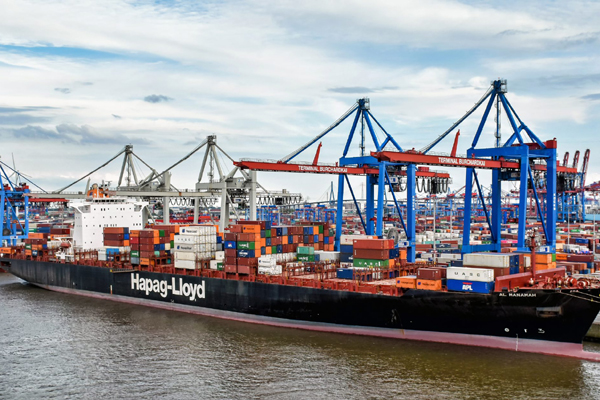 The Saudi Ports Authority (Mawani) has announced the launch of the India Gulf Service 1 (IG1) shipping route to be operated by global container liner Hapag-Lloyd to Jubail Port starting from next month.
The new weekly service, which kicks off on February 12, will link the kingdom to the ports of Jebel Ali (Dubai), Mundra (India), Karachi (Pakistan), Sohar (Oman), Shuaiba (Kuwait) and Umm Qasar (Iraq) on board three containerships with an average carrying capacity of 2,400 twenty-foot equivalent units (TEUs), said Mawani in a statement.
The newest cargo service will contribute to fulfilling the ambitions of the National Transport and Logistics Strategy (NTLS) to upscale the Kingdom’s integration with global trade networks besides improving its score in the UNCTAD’s Liner Shipping Connectivity Index to 80 points, it stated.
A strategic trade gateway for the kingdom’s Eastern Region and its industrial and petrochemical complexes, the Arabian Gulf port is modernly equipped to handle all kinds of vessels and goods alongside delivering a host of world-class offerings to local importers and exporters, it added.-TradeArabia News Service
Share