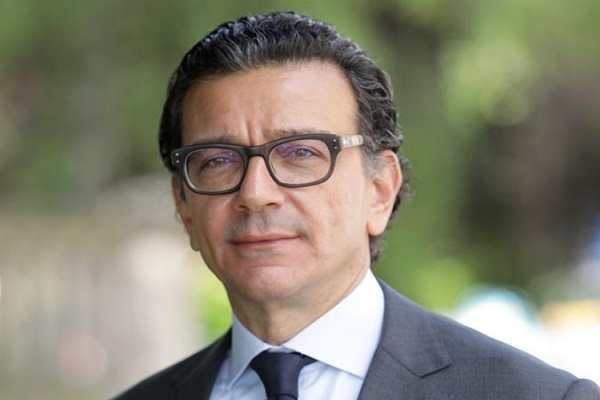 For a country like Iraq which is enshrined in political controversy and uncertainty, the economic outlook for 2023 looks optimistic, according to an expert.
Under the circumstances, the Iraq markets and economy have managed to stand firm, which is what is required in a such difficult political standstill and tense geopolitical situations," stated Rabee Securities Founder and Chairperson Shwan Ibrahim Taha.
The optimism stems from the fact that in the first eleven months of 2022, Iraq’s budget revenues increased by 59% yearly to $100.9 billion, mainly due to the increase in oil prices.
As a result, the budget surplus increased significantly from $4.8 billion to $40.3 billion during the period compared to the previous year. Iraq's central bank foreign currency reserves too witnessed a surge, rising to $96 billion as of December 16, 2022.
Following the complications with the October parliamentary elections, Iraq has entered a legislative vacuum with the government in Baghdad acting as a caretaker cabinet without the executive authority to deal with the broader matters of the state, having only limited authority to conduct regular business related to security, health, education, and social services.
However, interim progress has been made as the new President, and the PM immediately began forming bilateral relations with representatives from Saudi Arabia, Japan, China, England, and France to call on them to invest in Iraq, stated the expert.
More recently, Saudi Arabia’s Public Investment Fund (PIF) announced that it would set up a company to invest in Iraq, which is expected to pave the way for a raft of government implementation of laws and regulations to attract further overseas investors to the country.
"I am optimistic about Iraq’s outlook; we will witness a gradual increase in production to reach five million barrels by 2028. Any significant downside in oil prices could add some pressure. Still, we are positive that international investors are slowly returning, and this will be further helped by improvements to internal policies implementation," remarked Taha.
Taha emphasized that such a positive outlook must be accompanied by precise, sustainable, and measured policies starting with reducing the share of government wages in the annual budget.
He also highlighted the importance of implementing more robust governance measures and fixing the electricity shortage, which could be solved by increasing funds usage transparency with clear KPIs.
Rabee Securities said it had played a vital role in bringing this change. A key highlight of its 2022 activities included the hosting of a three-day event (7-9 March, 2022) at the Iraq Pavilion at EXPO 2020 to showcase Iraq’s top technology startups.
Startups in Iraq focus on various sectors including medical services, tourism, education, fashion, transportation, it stated.
According to Taha, there are close to 200 startups in Iraq, and there is a lot of potential in the country for new startups, that will be potential listings on the ISX in the future.
"Rabee Securities continued sponsoring and supporting the only stock market TV programme in Iraq “Stock Market Week” published on Channel 24 on Saturdays. At the end of 2022, the TV program reached the 93th episode, with 66 hosted guests in total," he explained.
The company also launched the first online trading App to trade on the ISX (RS Trading App) in May.
It is aimed at helping local investors to open a trading account in the ISX, trade in the listed companies, review the latest news of the market and companies and review their portfolio.
In addition to continuing to invest in technology, Rabee Securities will continue to take the responsibility to increase awareness and knowledge about investing in a stock market for locals, he added.-TradeArabia News Service
Share