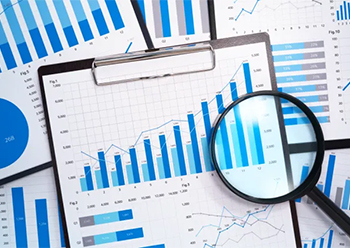 The value of Bahrain’s exports of national origin increased by 9 per cent to BD400 million ($1.05 billion) during October 2022, compared to BD366 million for the same month of the previous year, said the Information &eGovernment Authority (iGA) in a new report.

The top 10 countries in terms of the value of exports of national origin purchased from Bahrain accounted for 77 per cent of the total value, with the remaining countries accounting for 23 per cent, the iGA said in its foreign trade report of October 2022.

Saudi Arabia ranked first among countries receiving Bahraini exports of national origin, importing BD85 million from Bahrain. Meanwhile, the US was second with BD46 million and the UAE third with BD42 million.

Unwrought aluminium alloys emerged as the top products exported during October 2022 with BD141 million, agglomerated iron ores and concentrates alloyed was second with a value of BD61 million and unwrought aluminium not alloyed third with BD 37 million.

The total value of re-exports increased by 44 per cent to reach BD83 million during October 2022, compared to BD57 million for the same month of the previous year. The top 10 countries accounted for 91 per cent of the re-exported value, while the remaining countries accounted for the 9 per cent. Singapore ranked first with BD19 million, Saudi Arabia second with BD18 million, and the UAE third with BD13 million.

According to the report, China ranked first when it came to imports to Bahrain, with a total of BD65 million, the UAE was second with BD47 million, and Brazil was third with BD45 million.

Non-agglomerated iron ores and concentrates emerged as the top product imported into Bahrain with a total value of BD65 million, while aluminium oxide was second with BD32.4 million, and parts for airplanes third with BD32.2 million.

The trade balance, difference between exports and imports, the value of the deficit of the trade balance reached BD17million during October of 2022 versus BD29 million for the same month of the previous year with decrease of 41 per cent.

Osmar Chohfi, President of ABCC said: “The trade balance between Brazil and Arab countries remains positive during the first ten months of 2022, which reflects the robust, as well as growing trade relations between the countries. In the coming months, we anticipate a further increase in regional demand for Brazilian products owing to many factors, including a boost in tourism.

“Brazil’s robust export growth highlights the Arab countries’ resilience and capacity to rebound and prosper, even in time of challenging global market conditions. The ABCC further strives to encourage commerce and explore new avenues in the economic relations between the two countries. In this regard, Brazil has always been and will continue to be a reliable partner for the Arab world.”

With the successful deployment of mobile robots for successful navigation, manipulation, and functional safety in material handling, transporting, and cleaning, companies are now looking to deploy robots for outdoor applications for the same reasons.

“No doubt the market is affected by a series of headwinds, including high-interest rates, the recent withdrawal of major solution providers from the last mile delivery sector, and the lack of scalability in highly fragmented markets. But labour shortages, the focus on workplace safety, and rising costs have led companies to deploy robotics automation across various sectors,” explains Lian Jye Su, Industrial, Collaborative, and Commercial Robotics Research Director at ABI Research.

For instance, Blue White Robotics and Built Robotics are offering additional modules to automate existing machines in agriculture and construction. These modules have localised navigation and computer vision systems focusing on backward compatibility and interoperability.