Mideast veteran Fredriksson to take over as GAC President 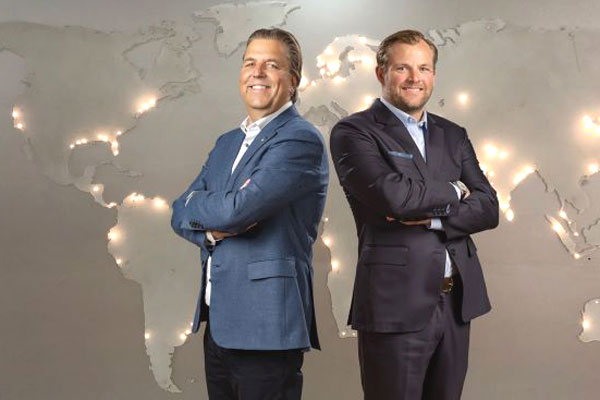 Global shipping, logistics and marine services provider GAC Group has appointed Pontus Fredriksson as its new Group President effective January 1, 2023.
An industry veteran, Fredriksson joined GAC in 2007 and has been the Group Vice President of its Americas region since August 2019. He had previously held various finance and managerial roles in the Middle East region, including that of Managing Director at GAC Bahrain.
He replaces Bengt Ekstrand, who had held the position for the past 10 years, and will now take on the role of Executive Co-Chairman alongside GAC’s long-standing Executive Chairman Björn Engblom.
Ekstrand tenure began at a time of economic turmoil in the Eurozone and expanding armed conflicts in the Middle East.
During that uncertain period, Ekstrand launched a wide-ranging reform programme within GAC known as Delta21. Significant structural and operational changes followed that made the group more resilient, more efficient and more profitable.
GAC said he leaves the position at a time when GAC has been reporting record results over the last few years.
Lauding the appointment, Ekstrand said Pontus had consistently demonstrated a strong commercial focus and top leadership skills.
"His acumen and sound industry knowledge put him in a good position to lead the group to further successes in a turbulent environment and I look forward to supporting him in his new role," he added.
GAC delivers services from 300+ offices around the world and employs about 7,500 people worldwide.-TradeArabia News Service
Share