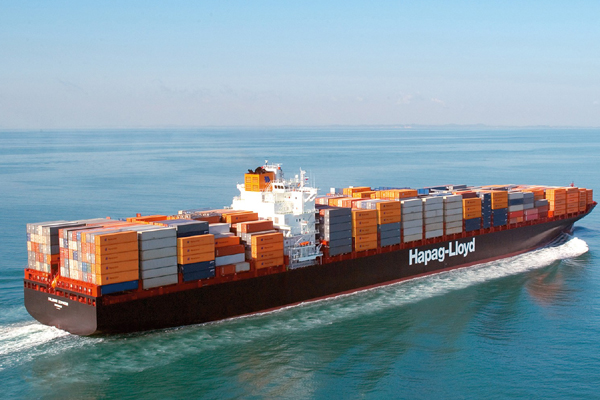 The Saudi Ports Authority (Mawani) today announced the addition of the Indamex 2 (IN2) shipping service, a route jointly operated by global container liners Hapag-Lloyd and CMA CGM, to Jeddah Islamic Port.
The trade link is key to the Kingdom’s ambitions in positioning Jeddah as a major east-west hub and strengthening its global maritime connectivity in line with the goals of the National Transport and Logistics Strategy (NTLS), said Mawani in a statement.
Jeddah Islamic Port remains the region’s prime maritime and transshipment hub, receiving around three-fourths of the Kingdom’s seaborne trade and transshipment volumes across its 62 multipurpose berths designed to handle containers, general cargo, livestock, passengers, bulk grain, and automobiles.
The kingdom’s busiest port will gain access to leading trade gateways across the Indian subcontinent and North America, including Mundra and Jawaharlal Nehru Port in India, Port Qasim in Pakistan,and Norfolk, Charleston, and Savannah in US.
The first sailing on the new service had left the Red Sea port on January 11 on board MV. Swansea V. 006W, a vessel that has a carrying capacity of 4600-6966 TEUs, said the statement.
Over the course of last year, the nation’s hubs have added up to 9 shipping services in a bid to boost the Kingdom’s ranking in the global logistics indices and multiply the sector’s current throughput capacity, it added.-TradeArabia News Service
Share